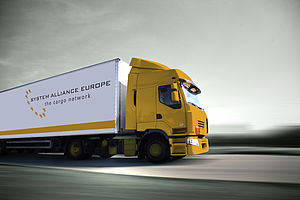 ‘The trend towards lower weights per consignment is further recognizable. We did not achieve our goal of 4.1 million shipments, but it was again a successful year for the cooperation’, says Uwe Meyer, Managing Director of System Alliance Europe. ‘For this year, we expect a little more than 4 million consignments because of the withdrawal of Raben in Germany and Poland," says Meyer. Due to the open structure of the European cooperation, there are no ‘white spots’ in Germany and Poland.

In May, the Shareholder Assembly will adopt a new strategy paper, which will set the course until 2020. Territorial and service expansions are expected.

Currently, the cooperation consists of 61 partners in 32 European countries with 195 branches.